Try this versatile 7 layer dip recipe and find out why it will be the last one you’ll ever need. Learn all the layers in a 7 layer dip, plus discover why a recipe for this quick snack is optional. 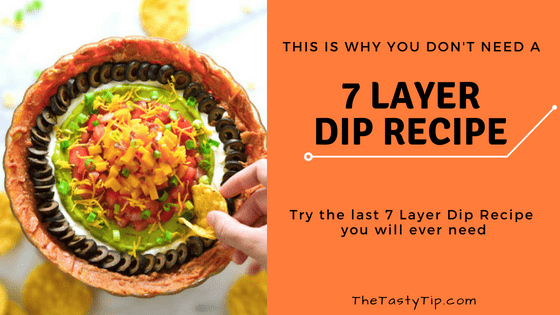 I’m always in the mood for good 7 layer dip.  My family regularly brings it to potluck gatherings or we serve it as an easy appetizer when guests come over.  Sometimes we even eat it as a quick Sunday lunch or the main course of a summer dinner.  Try it over baked potatoes.  Yum!

A seven layer dip is the very definition of versatile.  It is one of those recipes that can’t really go wrong.

Dip anything, from tortilla chips to carrot or celery sticks.  Try dipping pea pods or pita chips.  Dip anything that is strong enough to hold its shape when dipped.

Why You Don’t Need a 7 Layer Dip Recipe

You don’t need a recipe to prepare a seven layer dip.  The dish is so versatile and easy to make, you can’t go wrong.  Just use your favorite guacamole recipe and bean dip recipe.  The rest of the layers are single ingredients leveled on top of each other. 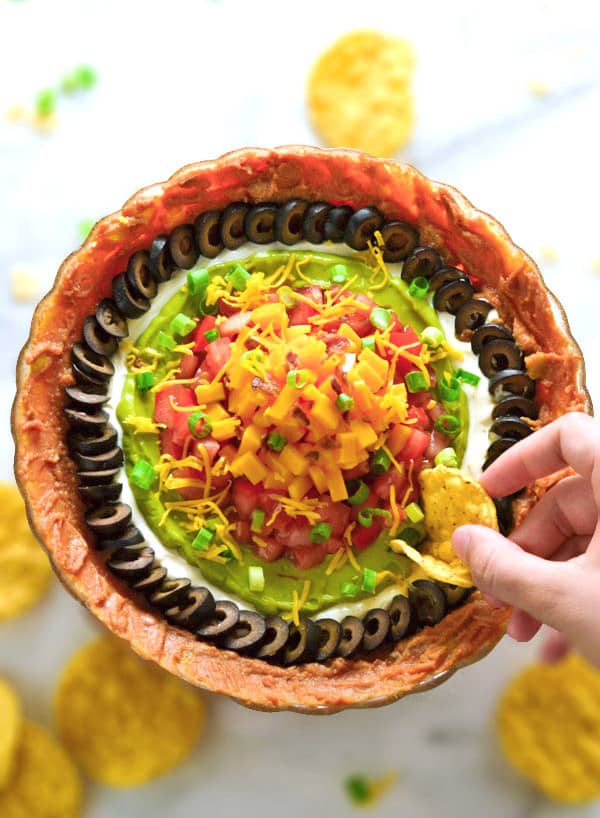 It is easy for kids to make and it is a healthy snack to dip a variety of foods.

What are the Layers in a 7 Layer Dip 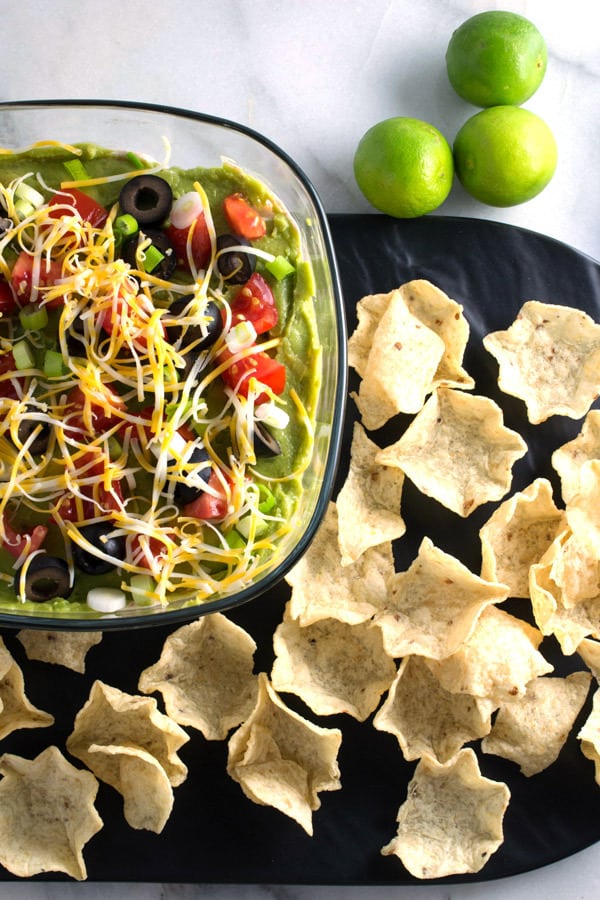 Traditionally, 7 layer bean dip is made with 5 to 9 layers.  Seven is just a suggestion.   Add or remove ingredients based on your taste preference and what you have on hand.

The layers in 7 layer dip can vary, but the most popular seven layers are as follows:

Additional layers could include: corn, salsa, lettuce, bacon and even tortilla chips.

The History of the 7 Layer Dip

Although there is no clear origin of the recipe, it became popular in Texas in the 1980’s (as noted by food editor of the San Antonio Express-News, Karen Haram).  So popular, in fact, that it was served at almost every party in Texas.

The recipe became even more popular after it was printed in the February 1981 issue of Family Circle.  Thousands of home chefs who read the magazine gave the recipe a try and loved it.

The 7 layer dip recipes of the 1980’s had strong Tex-Mex flavorings; flavors not always found today in more plain versions of the 7 layer recipe.

How to Build a 7 Layer Dip

The order of the layers can vary, with guacamole being the most controversial layer.  For example, I prefer the sour cream layer to separate the beans from the guacamole.  When the guacamole is next to the bean layer, I think the guac flavor gets lost in the beans.

However, Karen Haram, food editor of the San Antonio Express News, recommends covering the guacamole with the sour cream to prevent the guacamole from turning brown. 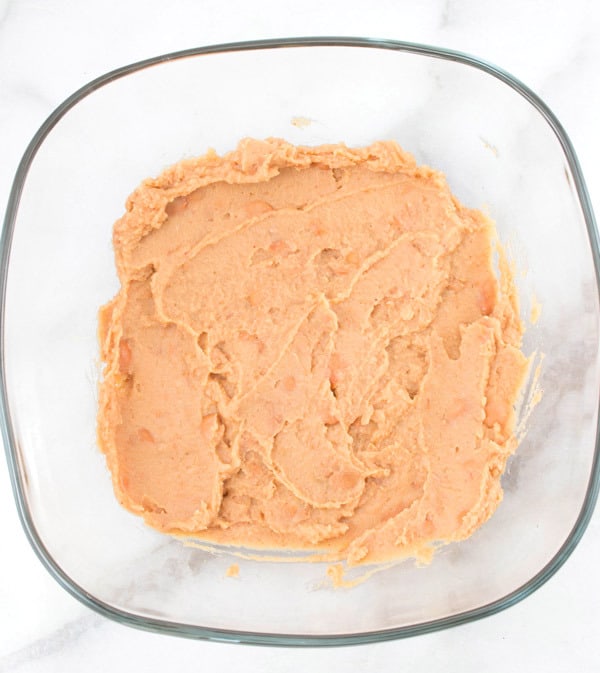 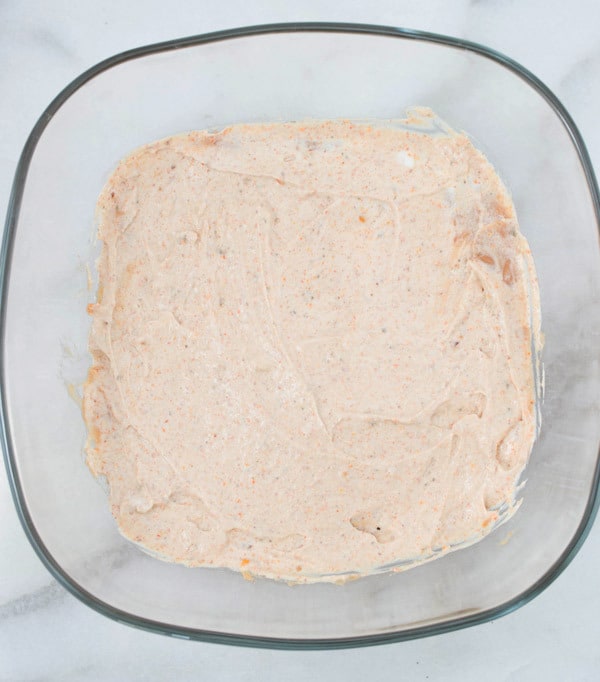 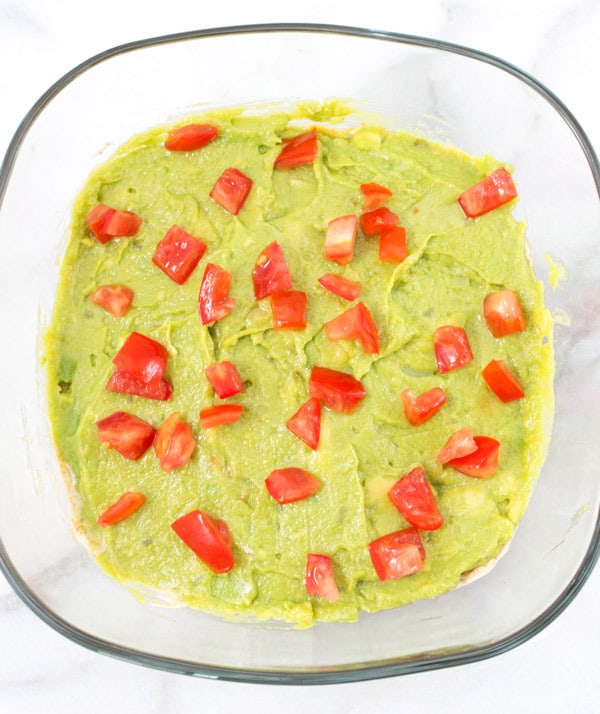 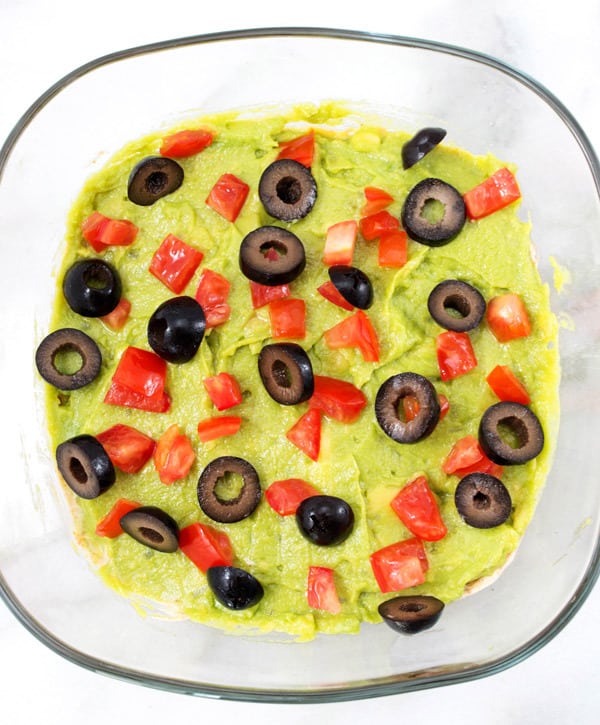 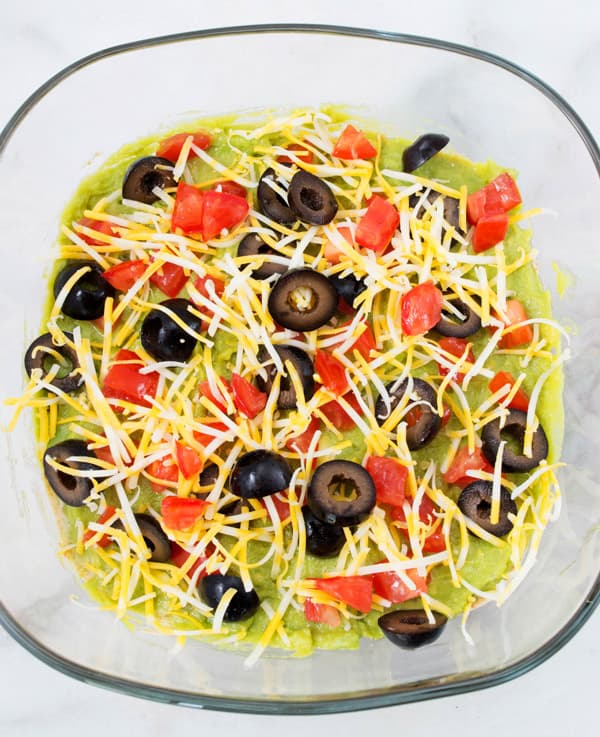 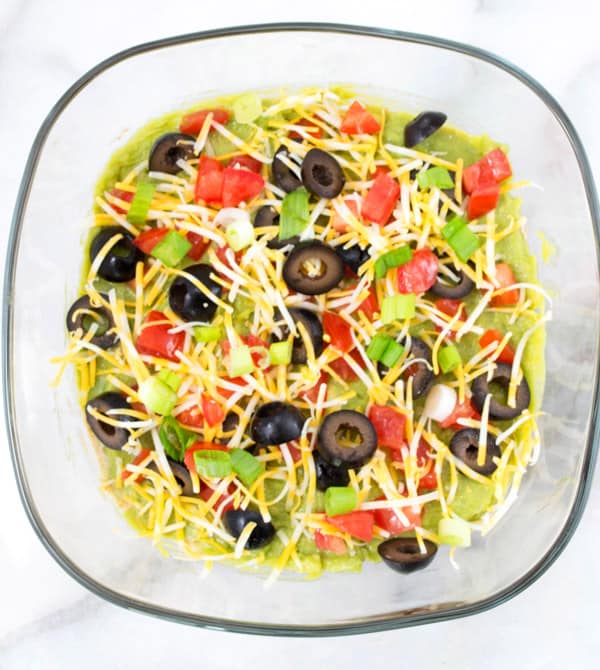 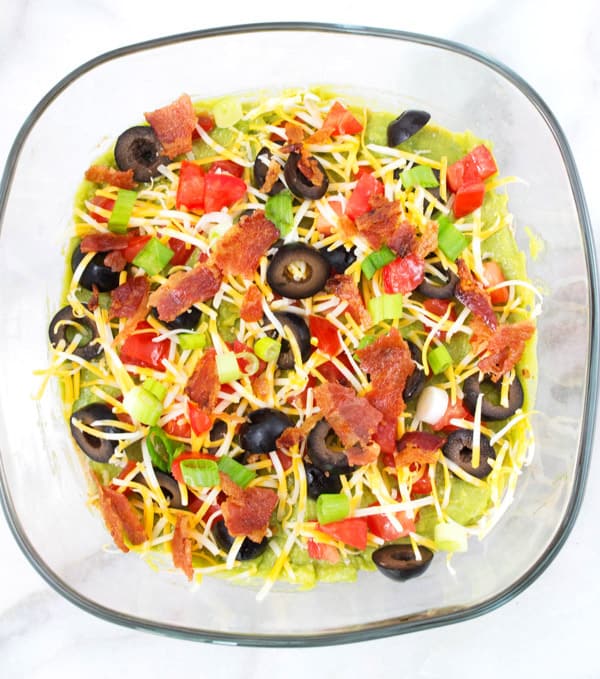 Crumbled bacon doesn’t follow the Tex-Mex theme, but it is delicious.  Every time I put bacon on top, I get compliments on my dip.

Can You Make 7 Layer Dip the Night Before?

You can make your seven layer dip ahead of time, but be aware of the following issues.

The most successful way to prepare 7 layer dip the night before is to:

Seven layer bean dip is a easy and delicious appetizer.  As an added benefit, eating some of the foods in the 7 layer dip together, give you some unexpected nutritional benefits as well.

Pinto beans, the main ingredient, contain protein, fiber, and iron, and they are low in fat.  Fresh tomatoes are an anti-inflammatory and an antioxidant, helping reduce cardiovascular risk.  Avocado has healthy fats that help your body absorb nutrients in other foods up to four times better than eating these foods separately.

Enjoy this recipe, customize the layers and serve at your next social gathering.