Skip to Content
Jump to Recipe
Discover how delicious Green Chili Sour Cream Sauce tastes without using condensed soup.  Whip it up in under 15 minutes and use in sour cream enchiladas, baked chicken, and green bean casserole. 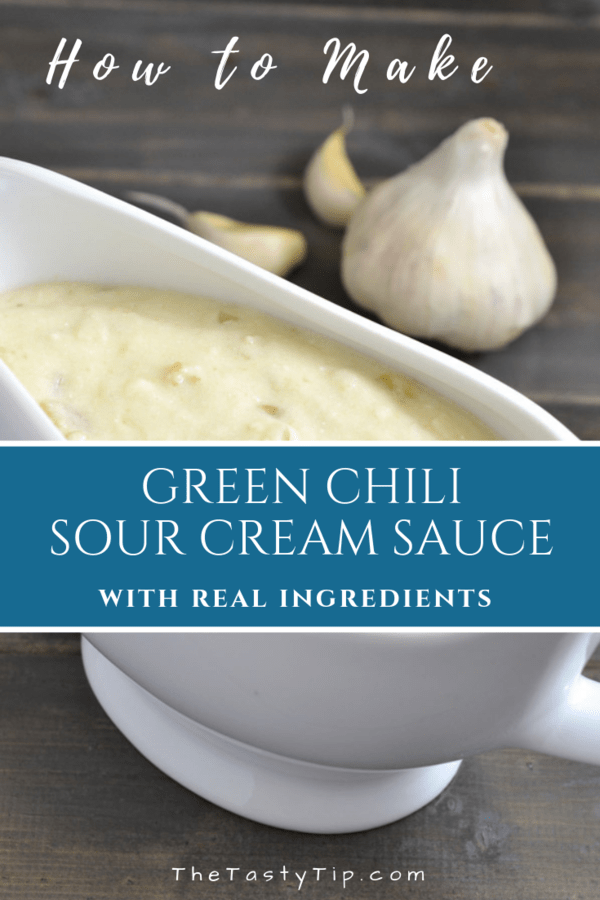 Quick and easy Sour Cream Enchiladas made from scratch need a good Green Chili Sour Cream Sauce.  The quality of your sauce determines whether your recipe is average or whether your family requests the meal over and over again. This is true for all recipes that rely on sauce as one of the main ingredients. 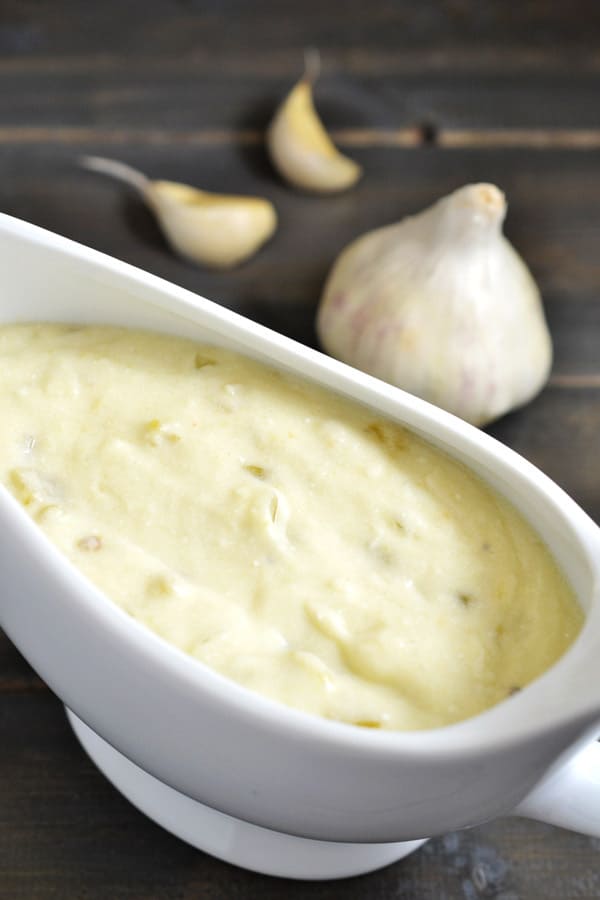 The sauce in enchiladas is integral. It both fills and covers the enchilada.  It has to be great if you want tasty enchiladas.
A variety of recipes call for some type of Sour Cream Sauce and there are dozens of versions of this sauce. You can use it on baked chicken, in chimichangas, and in a green bean casserole. 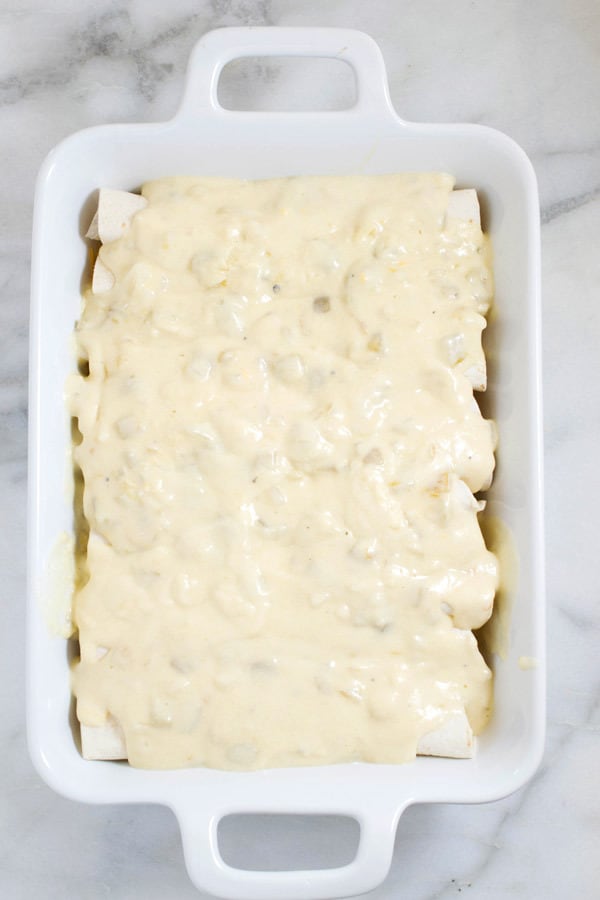 I grew up in the 1980’s when everyone used Campbell’s condensed soup in casseroles. It was quick and easy to open the can, mix it with the other ingredients, and finish the prep work with minimal effort. Condensed soup was thick enough to be the base of a sauce on its own.
I certainly ate my shared of condensed soup casserole recipes, and I even liked them.
However, as an adult, I read food labels and pay attention to what I eat. And I didn’t like what I saw in condensed soup. Condensed soups contain additives, such as monosodium glutamate, flavoring (not very descriptive), soy protein isolate (avoid if you have a soy allergy), and sodium phosphate. Condensed soups also contain a lot of sodium and fat.
Ever since Dr. John Dorrence invented condensed soup in 1897, Campbell’s Soup Company has successfully marketed these soups as a recipe ingredient.
Using condensed soup as a base for a sauce will never be as healthy as making your own sauce from scratch. Condensed soup sauces will never taste as good either.
The solution?  Make a roux as the base for your sauce.  A roux is a mixture of an equal volume of flour and butter.  A roux thickens sauces. 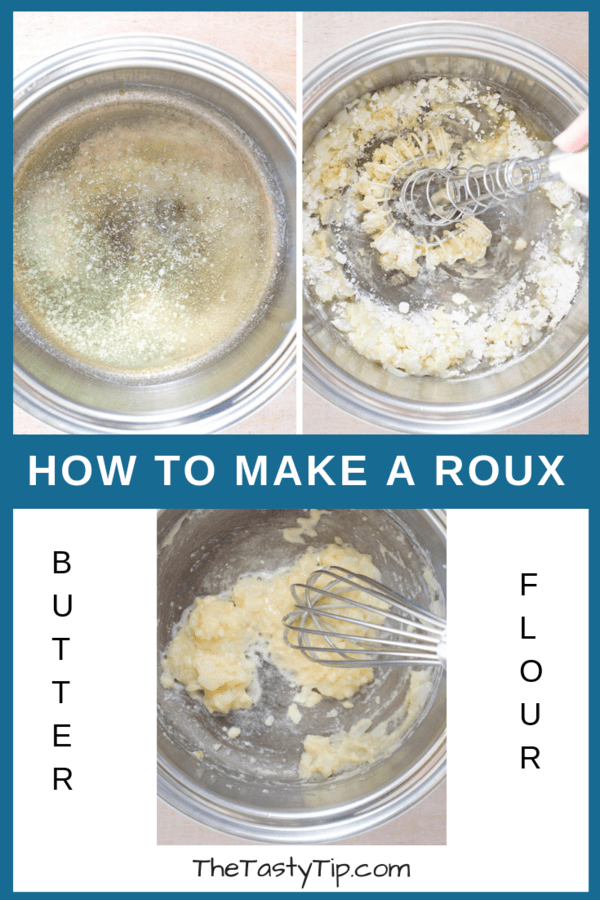 What Kind of Chili Pepper to Use 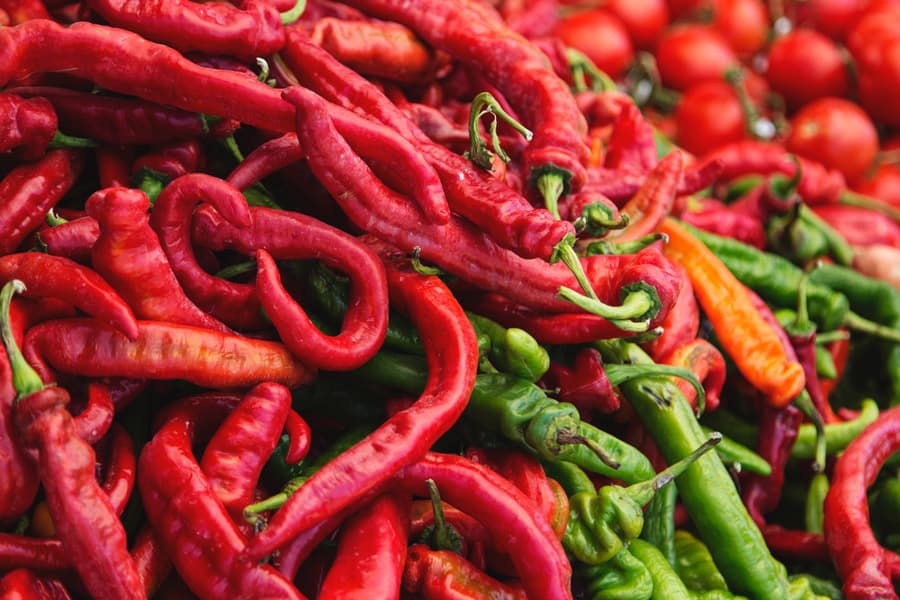 Choose a chili pepper that has the right amount of spiciness.

How Chili Pepper Heat is Measured

In 1912, a pharmacist named Wilbur Scoville invented the Scoville heat scale. The heat scale used human taste buds to rate how spicy a pepper was. Pepper extracts were diluted with water until tasters determined they were no longer spicy. The more liquid required to dilute a pepper, the higher the heat scale.  And the spicier the pepper.

How to Choose What Green Chili to Use

What Cheese to Use in Green Chili Sour Cream Sauce?

Green Chili Sour Cream Sauce is often used in Mexican recipes. Therefore, selecting a cheese common in Mexican dishes will lend an authentic taste to the sauce.
Monterey Jack cheese is my cheese of choice for this sour cream sauce. However, I have used cheddar cheese in this recipe with good results.

Kitchen Tools and Equipment to Use

You will need the following kitchen tools and equipment.

Green chili sour cream sauce from scratch is easy to make and only takes just under 15 minutes. The recipe starts with a roux. A roux is a base used to thicken sauces. Make a roux with an equal volume of flour and fat. I use butter in this roux. 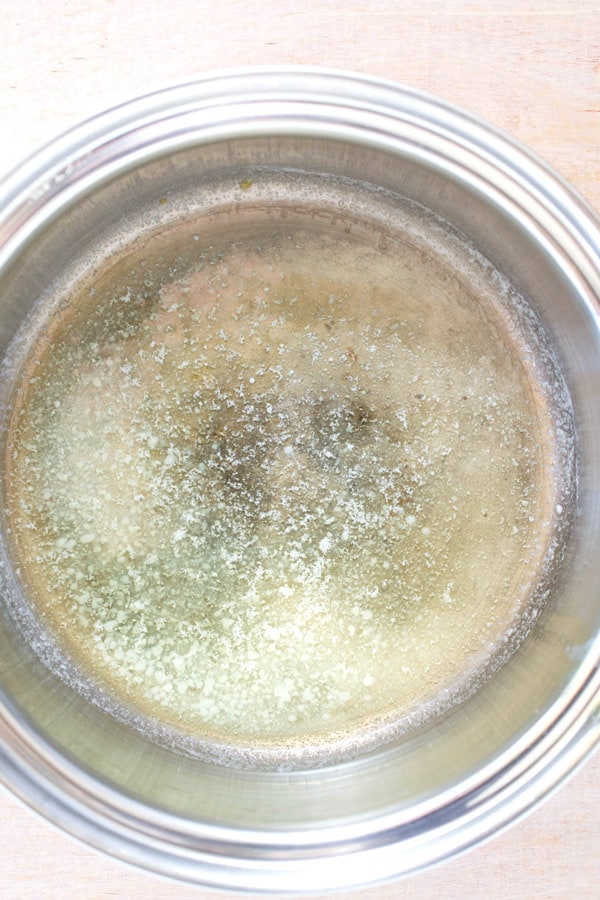 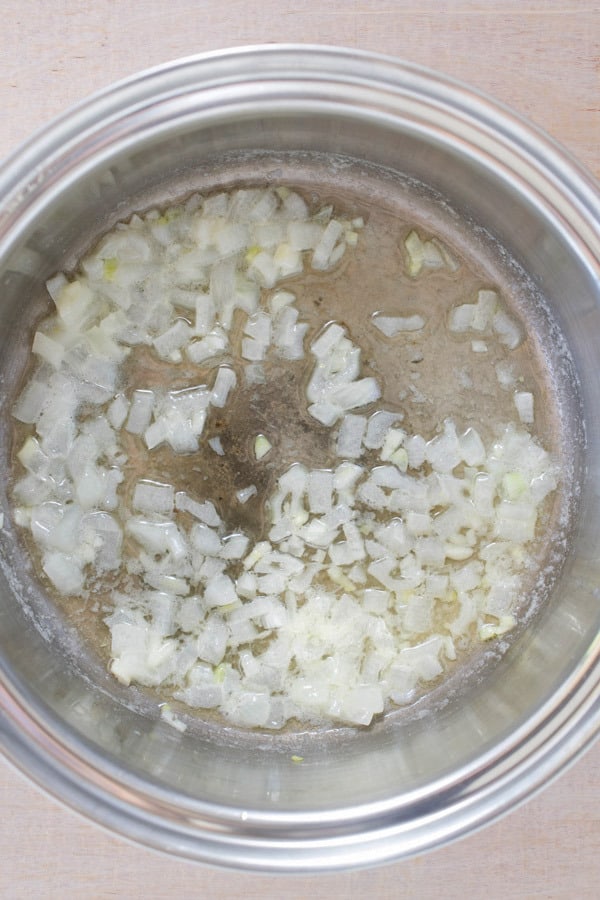 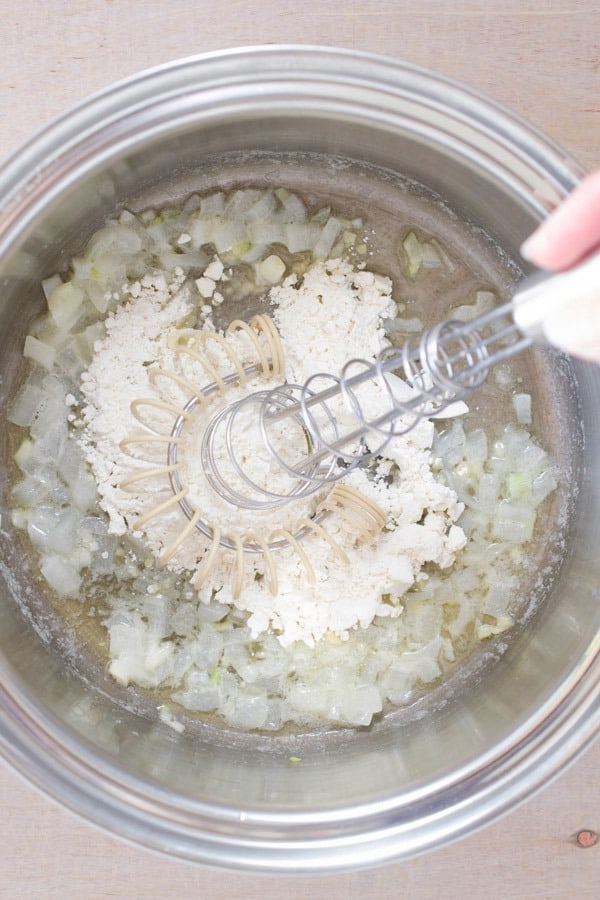 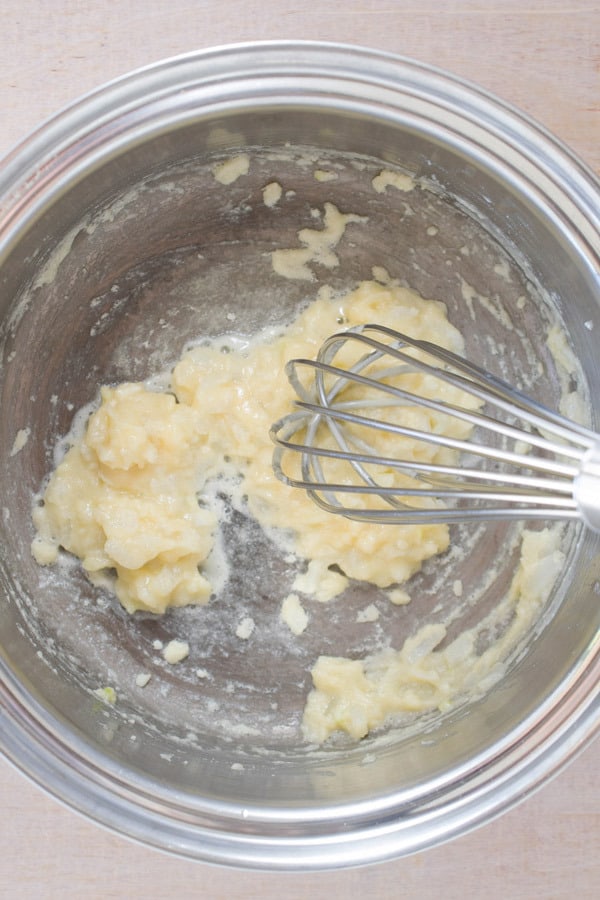 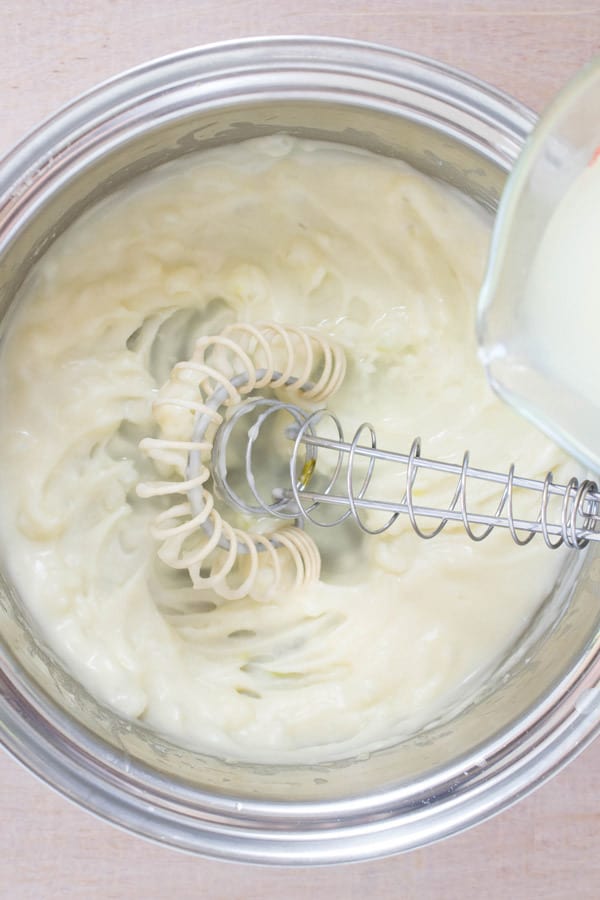 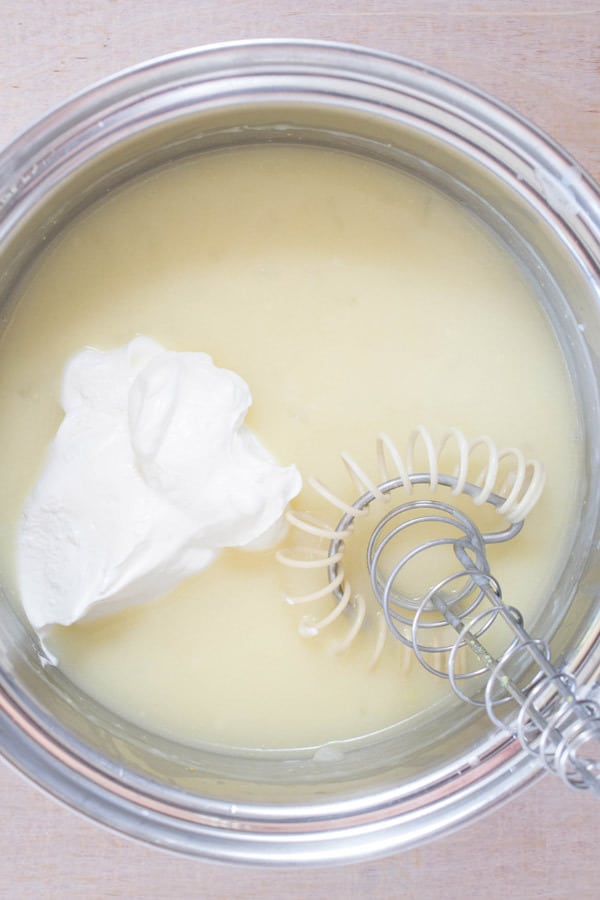 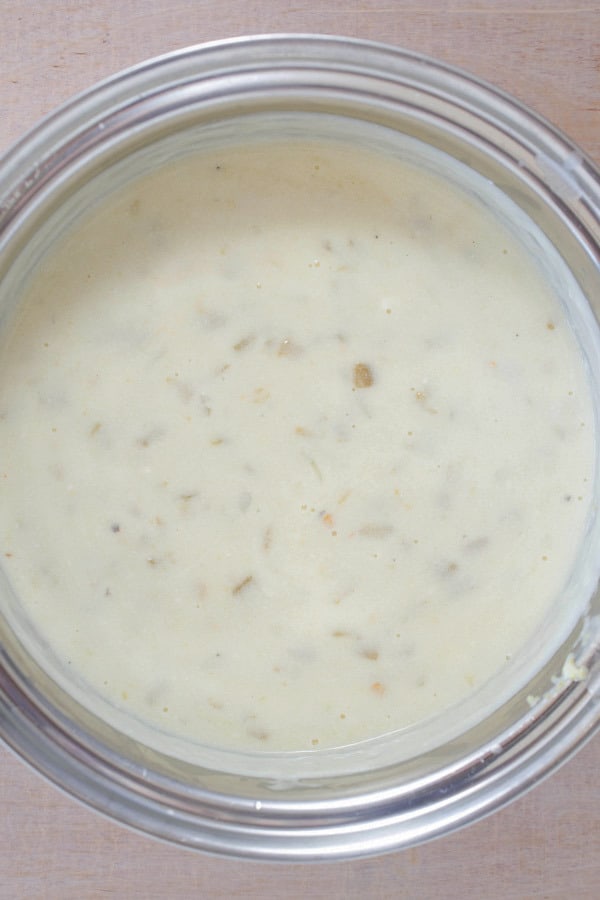 This was the best. I poured over cheese enchiladas. It was awesome. Thanks for sharing.

Glad you enjoyed the sauce. It is simple, but so tasty.